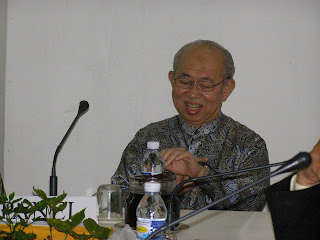 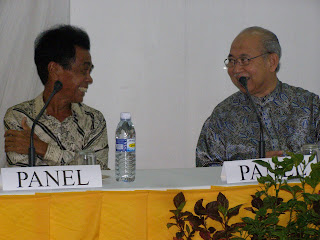 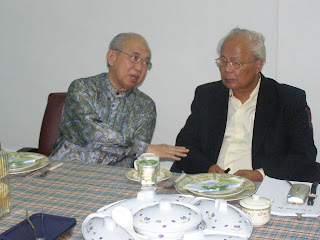 Malaysians, especially those born after Merdeka (Independence) should refrain from questioning matters enshrined in the social contract entered into by the various races in the country, which also forms the pillar of the Federal Constitution, said Umno veteran Tan Sri Tengku Razaleigh Hamzah.

He said the contract was agreed to by the nation's earlier leaders and any attempt to try and change it would only have adverse repercussions to national unity."If it (social contract) is to be revamped, I predict the nation will descend into chaos," he said at a special Merdeka Forum organised by the Culture, Arts and Heritage Ministry and National Writers Association (Gapena) at Rumah Gapena here tonight.

The non-stop 50-hour forum began at 8.35pm and is specially being held in conjunction with the nation's 50th independence anniversary celebrations. Some 100 experts in various fields will share their experiences and exchange views on Malaysia reaching 50 years as an independent nation at it.Tengku Razaleigh said lately a few people were trying raise issues regarding the contract like the position of Islam as the official religion of the federation and special privileges for Malays, as if these were not agreed upon when it was made when the nation gained independence in 1957

."If the guarantees laid out in it cannot be protected, a situation worse than May 13, 1969 (racial riots) may arise," he said, adding that the polarisation happening now must be wisely tackled by the nation's leadership.He added that the problems of middle income earners in the capital must also be addressed due the increase in the cost of living in the city now.

However, Tengku Razaleigh was optimistic the country had a bright future so long as citizens worked hard to build on the success attained thus, showed mutual respect for each other and nobody questioned the fundamental issues outlined in the social contract.

Meanwhile, Aishah said national development since independence had witnessed women being given ample opportunities to be as good if not better then the men.She, however, disagreed with the concept of a "house husband" saying it was not compatible with Eastern traditions and culture.
Posted by MY KU LI at 12:59 AM