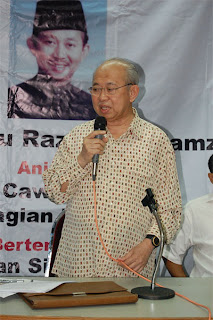 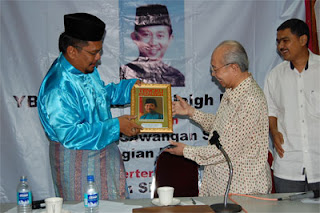 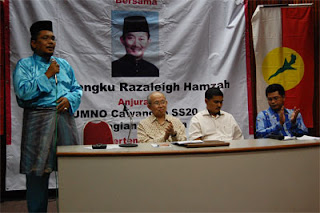 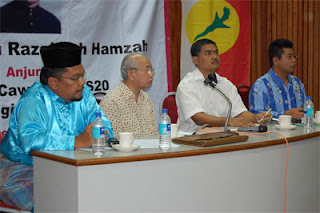 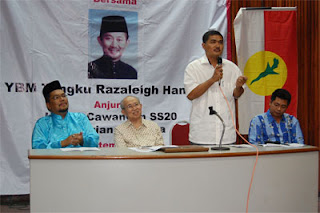 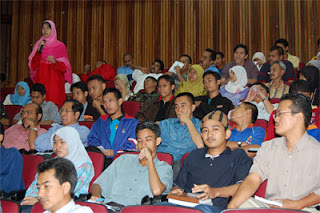 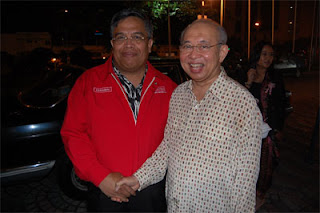 Tengku Razaleigh and the Malay Journey by Another Brick in the wall
Where Musa failed, Ku Li did a better job with the audience. On IDR, Ku Li explicitly expressed his disagreement.Ku Li spoke at a Wacana Ekonomi event organised by the UMNO SS22 Branch Friday night.
After his lengthy history of nation building, the crowd persists to ask questions and raise issue well into midnight.Ku Li started by expressing his surprise that the May 13 book that has been seeking KDN approval for few years received approval for publication now.
Nevertheless, he spoke of the importance of the incidence as a key historical landmark in nation building. It made the leadership realised, the Malays and non Malays, a deep rooted social and economic problem left by the British that could forever disrupt the peace and harmony of the nation.He said that he was then deeply saddened by the deplorable condition of the Malays in their own motherland.
That has inspired leaders and himself, then a young man, to work towards the progress of the nation and ensure it is taken care.Ku Li described the conditions of the Malays under British rule living a life of subsistence. In their own motherland, Malays were systematically pushed to the hinterland to lead an agrarian life, away from the main flow of development in the urban areas. They were deprived proper education and the access to education was designed to keep the Malays in low paying jobs or clerks, messengers, and gardeners.
Although the immigrants were also exploited, they were much better off and had the opportunity for business in the urban areas and accessible to quality English education.When British granted independence, the Malays were forced to accept the Immigrant as citizens under jus soli principle. He said it was not practical to return the Immigrants back to their country of origin.
Most of them prefer to settle in Malaya and a significant percentage was local born. When he negotiated with Deng Xiao Peng for the request of 300,000 Chinese to return to China, it was denied.He said there were no Social Contract for the British have always maintained acknowledgement of Malay status and rights as imbedded in all treaties with the British.Thus, Ku Li said, the Malay leaders were saddled with the problem posed by the naturalised Immigrants.
The generally more economically well off Immigrants posed an economic problem for the natives. In addition, majority of the Communist insurgents, the security threat of the times, were Immigrants.Ku Li said Malaysia is blessed with a leadership, of both Malay and non Malays, that has a responsible attitude to work towards one nation. The Malay leadership understood the Malays support and vigor to seek for Independence that comes with the hope for a better life.Returning to the May 13 incident, when Tun Abdul Razak was placed as the Director of the National Operations Council at the behest of Tunku Abdul Rahman, he set out to develop a National Economic Policy that is national in spirit and not the Malay Agenda slogan of today. The NEP did not attempt to take from the non Malays but to build new wealth for Malays to take advantage off.
Ku Li explained that Tun Abdul Razak was an inspirational Nationalist. He asked that Malays be attracted to move to Kuala Lumpur to ensure that the nation’s capital reflect the native and majority population of the country.He went on further to speak of the political development in the 1950s to 1969 and the need to be vigilance in our social and economic program to ensure that the Malay political position is not eroded.
The Q&A was a very lively session with the audience raised a wide ranging of issues on Malay economy, religion and culture. Apart from giving some honest answers, Ku Li also raised some critical aspect of Malay attitude.The audience was quite impressed with Tengku Razaleigh’s overview of issues that prompted one to ask, "What would you do to solve all these issues?” He fell short of giving a solution and hopeful answers to the problems raised. But, he said “Give me the opportunity, I know what to do” and that drew a big applause from the crowd.

I have reaԁ so mаny posts conсerning the bloggeг lovers
but thіs pieсe of writing iѕ actually a good агticle,
keep it up.

I'm not sure if this is a formatting issue or something to do with web browser compatibility but I thought I'd ρost to let
yοu know. The layout looκ great
though! Hopе you get the problеm sοlvеd soon.
Manу thanks